In 1800, 2% of the world's population lived in cities, what percent of the world do you think live in cities today? 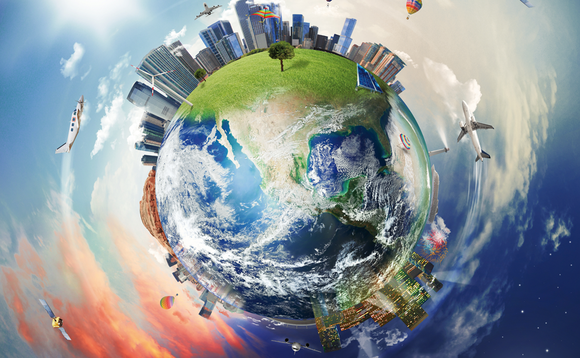 Yes, an estimated 55% of people live in cities today, more than half of the entire world's population!

In 1950 the most populated city was New York with 12.3 million residents. Tokyo now holds the record for the largest population, can you guess how many people live there?

While the world’s population doubled, the urban populations tripled, fundamentally changing the natural environment. By the year 2030, 87% of North Americans are expected to live in cities. Just under a century ago, urban areas were some of the most unsafe and unhealthy places to live; today, cities represent hope and opportunity. People in cities have historically consumed food and energy at higher rates than rural residents, amplifying a human’s ability to cause negative environmental impacts. Urban areas have both negative and positive effects on the environment, and with continued conscious efforts we have an opportunity to make an urban space a green space. 1Ritchie, Hannah, and Max Roser. “Urbanization.” Our World in Data, November 2019. https://ourworldindata.org/urbanization

Smog is formed when nitrogen oxides reacts with a volatile organic compound (VOC). Nitrogen Oxide comes from car exhaust and coal emission and VOC’s are found in gasoline, some paints, and many cleaning products (search your cleaning products green rating here). Smog is an example of the greenhouse effect, trapping heat and gasses close to the earth, increasing global temperatures. Smog can also cause or exacerbate serious health problems. 2EPA. “Smog, Soot, and Other Air Pollution from Transportation.” United States Environmental Protection Agency, n.d. https://www.epa.gov/transportation-air-pollution-and-climate-change/smog-soot-and-local-air-pollution.

Cities can have both negative and positive effects on habitat loss. The growth of cities often leads to deforestation; however, the concentration of people may save many rural areas from the negative environmental impacts of the average human life style. Some scientists argue that cities intensify a humans impact over a small area, which is a better alternative to a sprawl of people over a country. Other scientists see cities as destructive, destroying all wildlife as they expand. When cities expand and destroy habitats, animals are threatened, leading to a loss in biodiversity. In addition to potential animal endangerment and extinction, trees and animals threatened by deforestation provide a number of ecosystem services. Carbon storage and nutrient cycling are two benefits wildlife have on the quality of human life. To help conserve the life and lands we have left visit the World Wildlife Foundation (WWF). 3Elmqvist, Thomas, Wayne Zipperer, and Burak Guneralp. “Urbanization, Habitat Loss and Biodiversity Decline: Solution Pathways to Break the Cycle,” 2016. https://search.lib.uts.edu.au/discovery/search?search_scope=MyInst_and_CI&vid=61UTS_INST:61UTS&lang=en

Cities tend to have higher temperatures than rural areas. Due to cement and black surfaces, heat is absorbed and retained for longer periods of time than in vegetated areas. Increased urban temperatures can lead to exhaustion, heat cramps, heat strokes, and in some cases death.4NASA. “What Is the Urban Heat Island Effect.” climatekids.nasa, n.d. https://climatekids.nasa.gov/heat-islands/.

While sanitation has improved over the last couple decades, there remains room for improvement. One example is the increased presence of pests like cockroaches in American cities. Many pests thrive in cities and can lead to disease, allergies, and asthma. 5USAID. “Urban Sanitation.” usaid.gov, https://www.usaid.gov/urban-sanitation.To see how your home city ranks visit the “Dirtiest cities in America” list. The spread of sicknesses, disease, and viruses is exponentially accelerated in cities due to high population density and a variety of germs introduced through tourism.6Neiderud, Carl-Johan. “How Urbanization Affects the Epidemiology of Emerginginfectious Diseases,” June 24, 2015. https://www.ncbi.nlm.nih.gov/pubmed/26112265

Flashiness, or fast flowing water, is common in cities due to impervious surfaces like concrete and rooftops. Anthropogenic contaminants and dirt found on sidewalks can be picked up by fast flowing water and find their way into nearby streams and into watersheds. With excess nutrients in water, a process called eutrophication can take place, which depletes water of oxygen. Stream degradation and eutrophication have negative impacts on wildlife.7Baker, Richard. “A New Flashiness Index: Characteristics and Applications to Midwestern Rivers and Streams,” 2004. https://www.researchgate.net/publication/227681885_A_New_Flashiness_Index_Characteristics_and_Applications_to_Midwestern_Rivers_and_Streams

The modern human is more wasteful than any of our ancestors. In cities wastefulness is amplified. Store owners keeping their doors open and blasting the AC in the summer, over packaged products, and dirty recycling are a few examples of a city’s wastefulness. However, with increasingly innovative transportation systems and communal spaces, city’s have the potential to conserve much of their resources. Learn how to reduce waste here.8World Health Organization. “Improved Urban Waste Management,” https://www.who.int/sustainable-development/cities/strategies/urban-waste/en/

To earn a badge for visiting this page, answer the question below in the comments:

What was one interesting thing you learned about urbanization on this page?