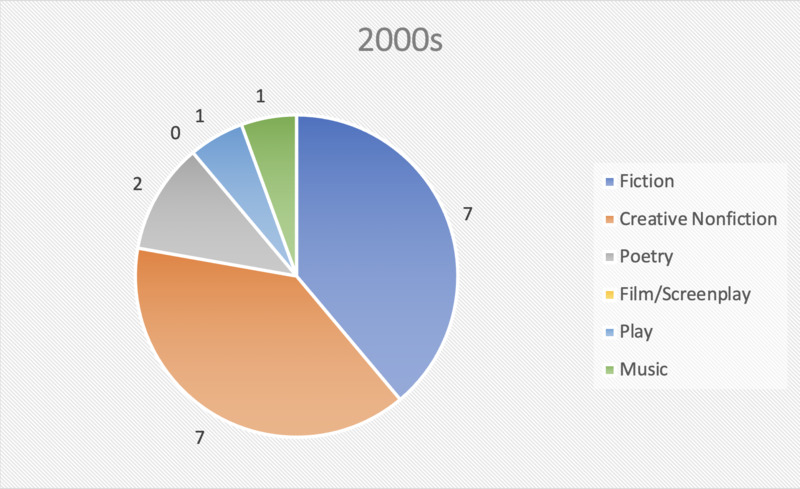 In the 2000s, the number of creative theses produced nearly doubles as compared to the previous decade, with a total of eighteen. Creative nonfiction and fiction tie as the most popular genres, with seven theses of each. 2009 also sees the first play written as an English honors thesis, uncoincidentally the year after playwright Rona Munro serves as the McGee Professor of Creative Writing. 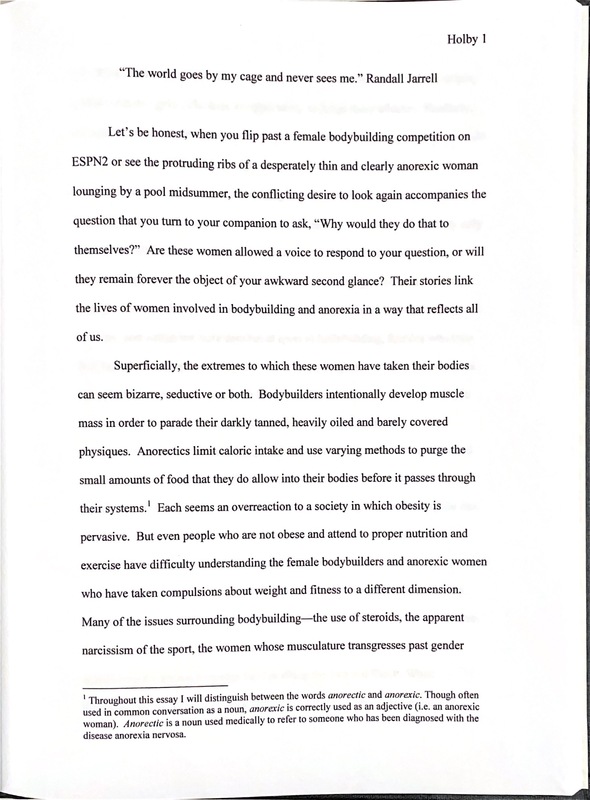 2004: “The Cage: The Lives and Experiences of Female Bodybuilders and Anorexic Women” by Alison Marie Holby ’04

Alison Marie Holby ’04’s English honors thesis entitled “The Cage: The Lives and Experience of Female Bodybuilders and Anorexic Women” is an example of literary journalism guided by Dr. Lewis’s teachings. In this project, Holby explores how female bodybuilders and anorexic women respond to cultural expectations of women in different yet related ways. Literary journalism departs from traditional journalism in the sense that it blurs a line between objectivity and subjectivity, often placing the writer and their experiences into the story.[1] Structurally, these pieces are organized like fiction, with plot and arc, in order to create a story and engage the reader. Literary journalism aims to inspire the reader to look at some aspect of the world — in Holby’s case, “gendered expectations about body and performance” — in a slightly different way (Holby 2). [2] 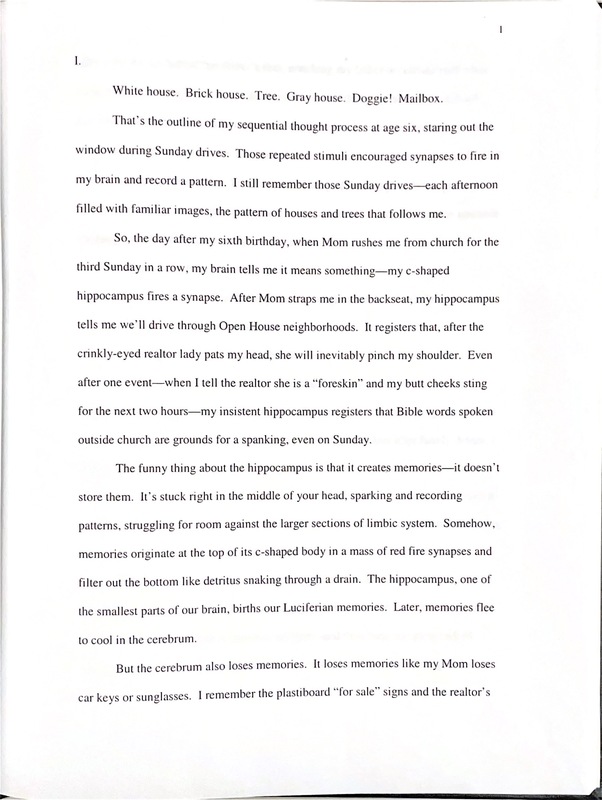 “Five-Point Turn” by David Pope ’05 is a childhood memoir filled with memories about Pope’s family. The piece is written with a personal tone, reflecting how students embrace memoir as a genre of self-expression within creative nonfiction. Scientific terms and references are also incorporated into the writing, potentially showing a researched element of the piece. [3] 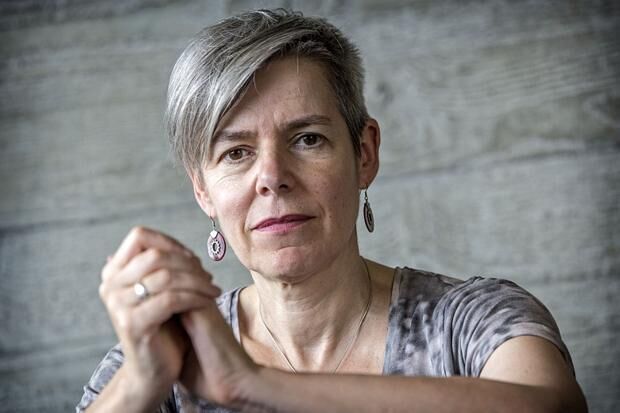 In the fall of 2008, the McGee Professor of Creative Writing is Rona Munro, a Scottish playwright with experience writing for theatre, radio, and television. [4] During her time at Davidson, she and her students collaborate with the Royal Shakespeare Company to put on a production of her play Little Eagles. [5] Munro also teaches introductory and advanced courses on writing plays. 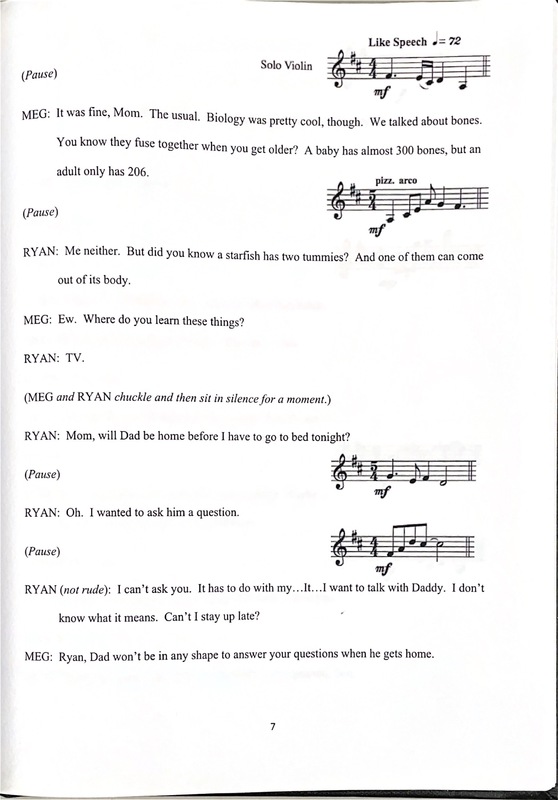 In 2009, David Palko writes a play for his English honors thesis entitled “Playing Hide and Seek.” This play is performed live on April 6, 2009 in Tyler-Tallman Hall of the Sloan Music Center. The play follows the story of a brother and sister and their father. In Palko’s words, “Unlike a typical domestic drama, however, this story takes place in the psyche, following Ryan [the brother] through a reflective reverie. As a result, the action fluidly fluctuates between memories that can be validated and imagined past events, at times blurring the two” (Palko 42). Music also plays a large role in this production, acting as a “soundtrack to Ryan’s thoughts” (Palko 45). Rona Munro serves as Palko’s reader for this project. [6]