Our website utilizes the Kent State Massacre on May 4th, 1970 to divide our findings and better interpret Davidson’s campus during the Vietnam war. As a short summary of the event, on that date, four Kent State students were killed by National Guard Members after a peaceful student protest of the U.S. military’s invasion of Cambodia turned deadly. Students were protesting both the invasion of Cambodia and the college administration’s decision to allow the National Guard to police the campus. As a response to this atrocity, protests erupted on college campuses across the country, and Davidson experienced multiple ROTC protests and increased student activity concerning Vietnam. Davidson's protests were not the same as those occurring on larger college campuses because Davidson lacked the student population to overwhelm the campus. Still, over 100 Davidson students engaged in protest efforts in response to Kent State with peaceful demonstrations against the ROTC program. As a result, this event is incredibly useful in understanding student responses to the Vietnam war. This is not to say that Davidson students were not paying attention to Vietnam before what happened at Kent State, but it is foolish to overlook the impact of Kent State on Davidson’s campus and literary publications. 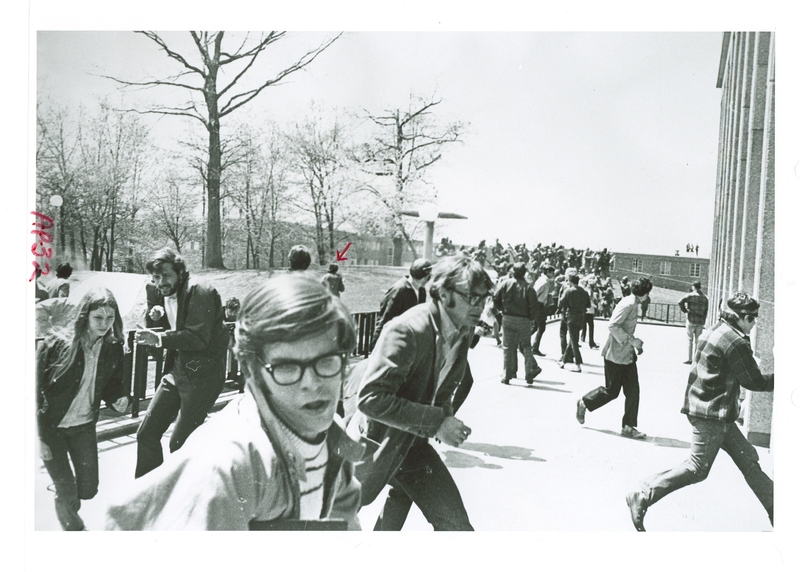 1. Photograph of Campus Scene during Shootings at Kent State University. Chicago, 4 May 1970.