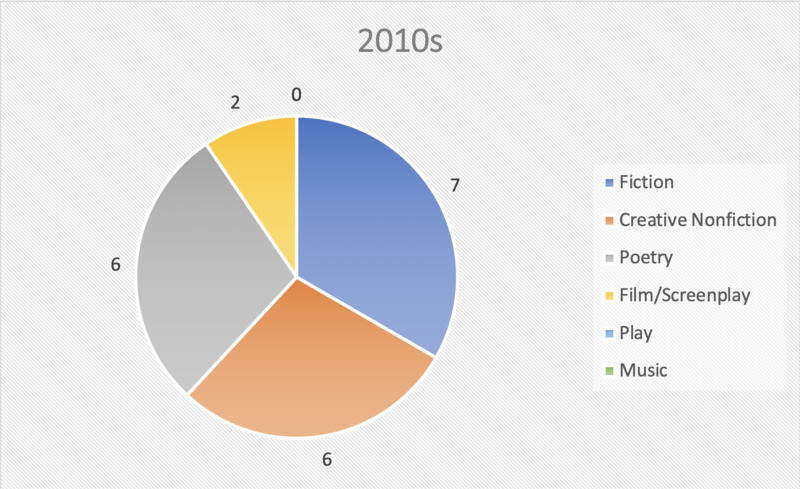 Fiction takes the lead as the most popular genre as creative honors theses continue to gain momentum in the 2010s. Fiction is closely followed by creative nonfiction and poetry, along with one film and one screenplay — for a total of twenty-one creative theses this decade. Options for creative writing courses expand as professors are given space to teach outside the confines of their areas of expertise. Meanwhile, 2016 marks the official establishment of the Abbott English Honors Program, solidifying creative writing as an honors thesis option and honoring Professor Abbott’s contributions to the field. 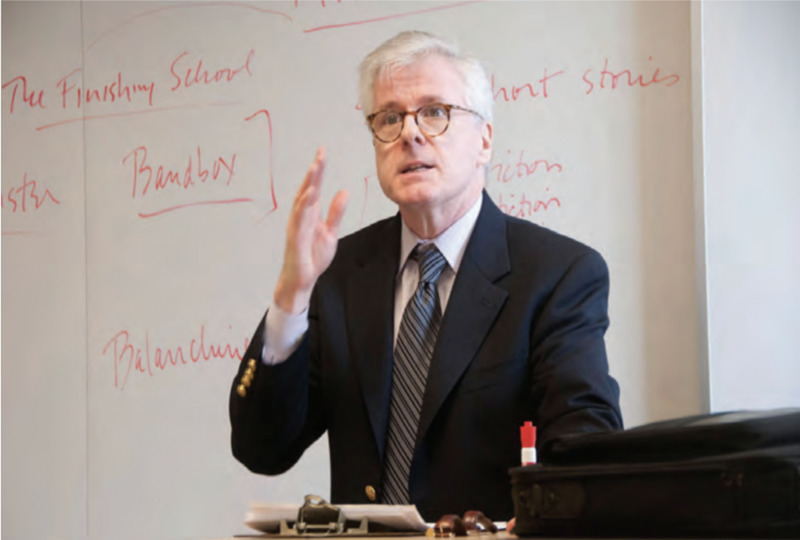 In the spring of 2012, novelist, essayist, and critic Thomas Mallon joins the English department as the visiting McGee professor. Mallon is the author of eight novels, several nonfiction books, and two collections of essays. He teaches ENG 301: Creative Nonfiction and ENG 304: Writing Fiction 2. His goal for these two courses is for his students to “understand some sense of the relationship between fiction and nonfiction, particularly as a narrative.” [1] 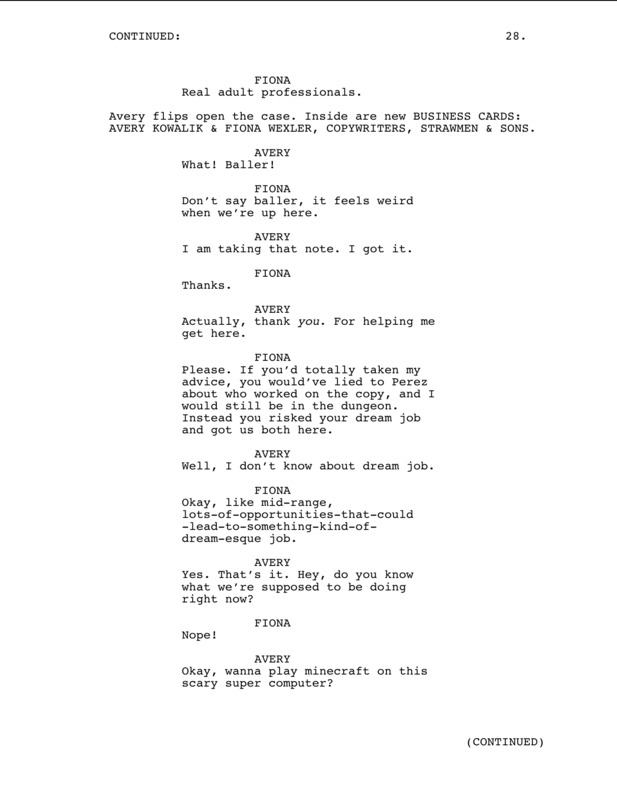 2015: “Be Nice: Reconsidering the Female Sitcom Lead and an Original Pilot” by Anne Sellers ’15

In 2015, Anne Sellers ’15 writes a screenplay as one half of her thesis, following a critical piece on Mindy Kaling’s show The Mindy Project. Sellers’ screenplay, “Be Nice,” follows a young female intern at an advertising agency as she tries to balance her career ambitions with a determination to remain honest and true to herself. Sellers aims to create a character “who both occupies a realistic subject position and radically subverts it, and can reach viewers in such a way that they begin to understand better and evaluate more thoughtfully their own social experience.” [2] In her acknowledgement, Sellers thanks the 2015 McGee Professor, award-winning director and screenwriter Ali Selim. She writes, “I will remember what he taught me as long as I consider myself a writer” — again showing the positive impact of visiting creative writers on student interest in the subject. [3] 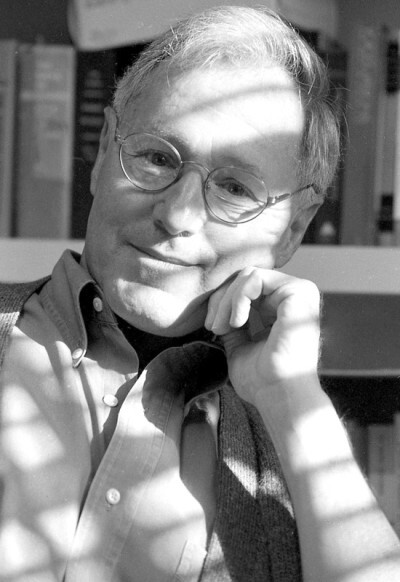 The Abbott English Honors Program is established in 2016 through the generous donation of Professor Tony Abbott and his wife Susan. After teaching at Davidson for nearly four decades, Professor Abbott is credited with much of the department's development in creative writing. With these additional funds, the Abbott English Honors Program will provide even more support and structure for English majors pursuing both critical and creative honors theses. [4] 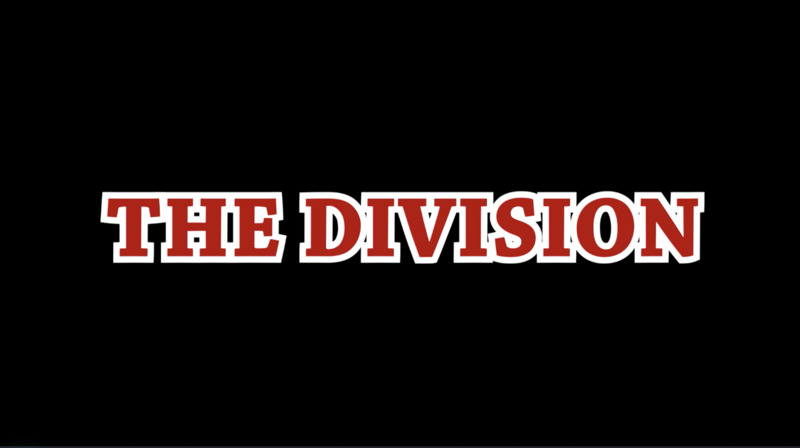 For her senior thesis, Cordelia Wilks ’18 creates a documentary film exploring Davidson Athletics — its culture, talent, and long-term goals as compared to other Division I schools. [5] Wilks is the first student to make a film as an English honors thesis since the first one by Jason Ferris in 1999. In 2021, she remains the only female student to do so. During Wilks’ time at Davidson, two visiting McGee professors are filmmakers Ali Selim and Thomas Gilroy. The presence of these two filmmakers at Davidson reflects student demand for film professors, likely stemming from Dr. Zoran Kuzmanovich’s course Film as a Narrative Art and Dr. Paul Miller’s course Documentary Film. 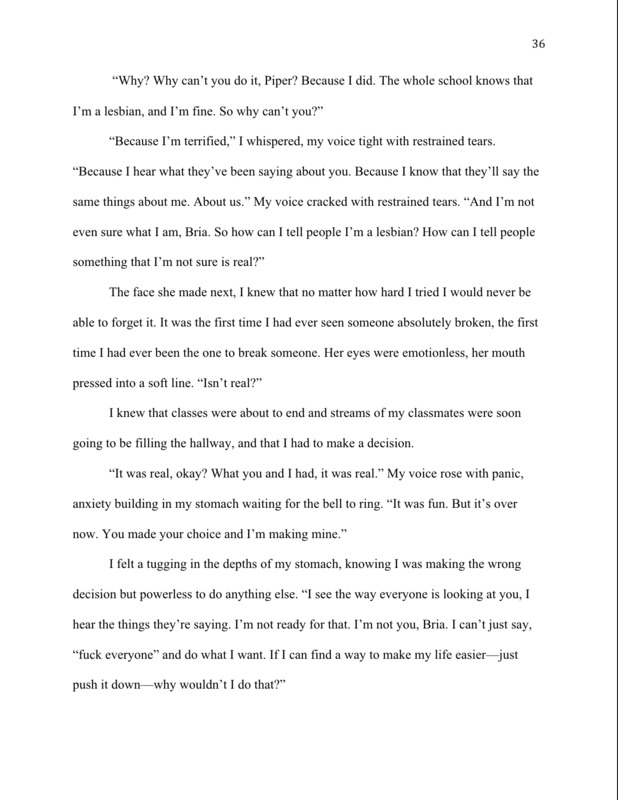 “On the Outside” by Emily Yates ’18 is a collection of four short stories following a gay man struggling to trust again after being sexually assaulted, a high schooler terrified of coming out, a married woman looking to spice up her marriage, and a lesbian woman looking for closure from her homophobic family after her father’s death. Raw and emotional, common themes among these stories include dealing with bigotry and homophobia, exploring sexuality, and the complexities of romantic relationships. [6] 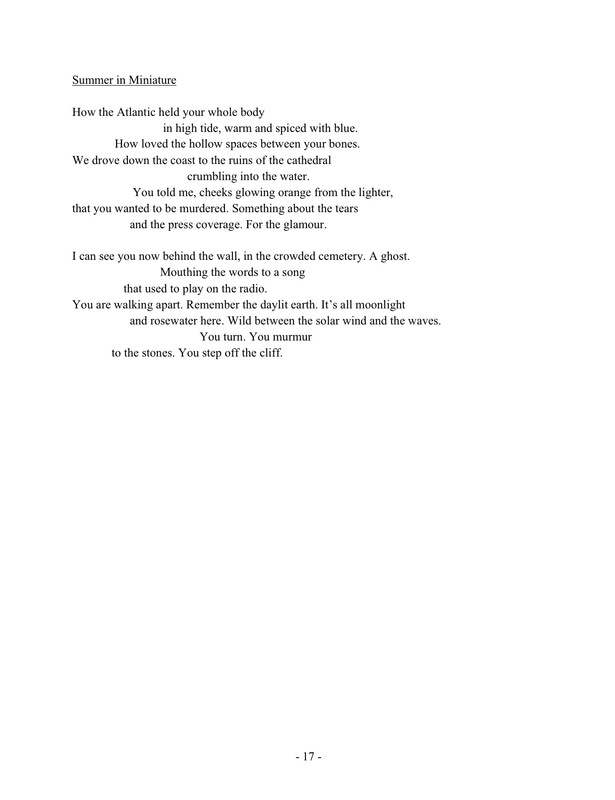 “Drown, Darling” by Leah Mell ’19 is a collection of poems — most incorporating death as a theme. Hollywood imagery also appears frequently among the poems, combining the ideas of mortality and performance. Mell’s poems demonstrate the exploration of darker themes as a component of creative expression in English honors theses. [7] 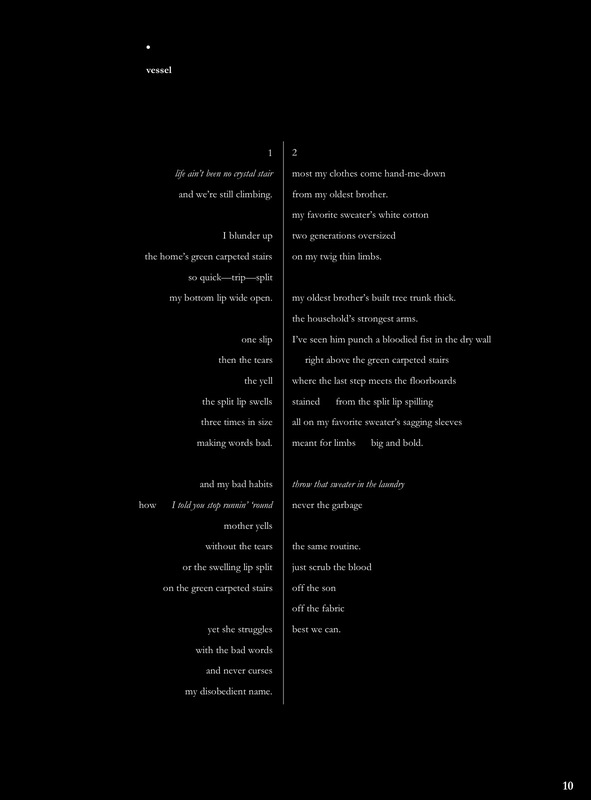