In the immediate aftermath of Kent State, we found an outpouring of student creative works and activism. One year later, although some remained passionate about the antiwar cause, there were fewer relevant works in student publications. Despite the relative scarcity of materials from this year, we still found evidence of protest on campus. Valuable sources include a picture of "Red Ernie" in the Quips and Cranks and "Protest Dance" in the 1971 Miscellany. 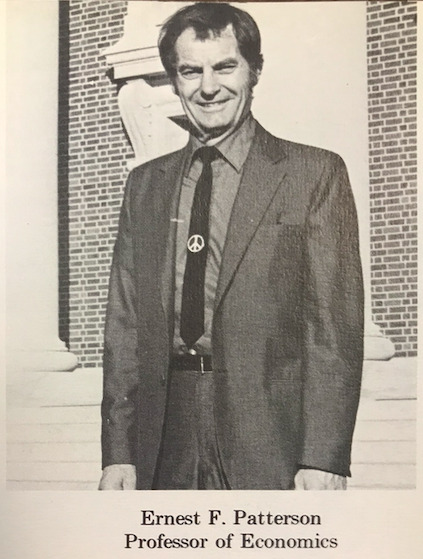 Red Ernie in Quips and Cranks 1971

This faculty photo from the 1971 Quips and Cranks displays Professor of Economics Ernest Patterson wearing his distinctive black tie and peace symbol. [1] Professor Patterson first began wearing these items in 1965 and continued to do so every day even after the Paris Peace accords or Nixon’s promise in 1973 that all American troops would be honorably leaving Vietnam. Patterson wore these items to convey his opposition to the military’s involvement in Vietnam and the destruction and harm it caused to the Vietnamese people. In the February 2nd issue of the Daivdsonian in 1973, Patterson wrote a letter to the editor espousing his reasons for wearing the tie and peace symbol. He stated that the peace symbol protested military actions and the tie mourned the actions of the government because “Anything done officially in a democratic country is done in your name, because unless you protest, it is as if you were doing it in your own person.” [2] Patterson was not like the characters being mocked in previously listed creative pieces for emotional outbursts or performative activism, as he made a purposeful effort to stand up for his beliefs and he proudly wore these items everyday on campus. While he was the only professor mentioned in archival sources as participating in this style of protest, it is still evidence of an individualistic take on counterculture that was able to peacefully coexist and continue for over a decade on Davidson’s campus. 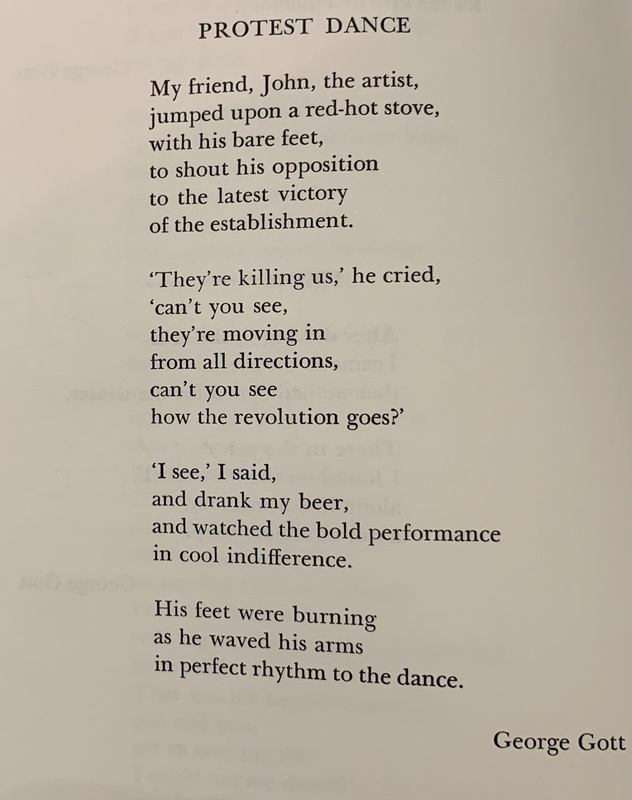 In this four stanza free verse poem written by George Gott for the 1971 Miscellany, Gott mocks counterculture protests by juxtaposing two friends and their attitudes towards victories of the establishment. [3] Specifically, John, the artist, dances upon a burning stove top, cries out in opposition, and hopes to elicit a reaction, but his friend simply continues to calmly, sip on his beer. It is unclear if George was imagining himself as the indifferent speaker, but it is certain that the actions of John are depicted as more performative than meaningful and do not spark any change to the speaker’s “cool indifference.” This is yet another example of protest and counterculture movements not being taken seriously at Davidson as there appears to be little substance to John’s efforts. Not only is his speech incredibly generalized and he brings bodily harm upon himself, but it seems to be a meaningless outburst of emotion. Davidson students like George viewed protests as a waste of time in comparison to the productive, civil discourse that became popular as the moratoriums started on campus in the late 1960s.